Pride comes before the fall….

…or just: got stuck!

This week it was the third time on this trip I was really happy to have a rather lage 4 wheel drive vehicle instead of just a camper. So what happened? We were on going to Zabljak, Montenegro. On a beautiful road we were making our way up to 1500m as the tracks on the road came to an end. We were by ourselves on this pass. Everything was fine. The snow…no big deal! The drifts...no problem! Well, of course that one drift was just a little too deep or my enthusiams a little too large! Anyway, we were stuck quite good. So here we go digging. After about 10 minutes two guys came up to us. They have been following our tracks with an Audi quattro. Didn’t make it that far though. After we finally got our truck out, we went to rescue their vehicle. Still I’m not quite sure what they would have done in sneakers and without a shovel. There was nothing around! Getting them out was easy. We had some Sliwowitz and they decided to turn around. 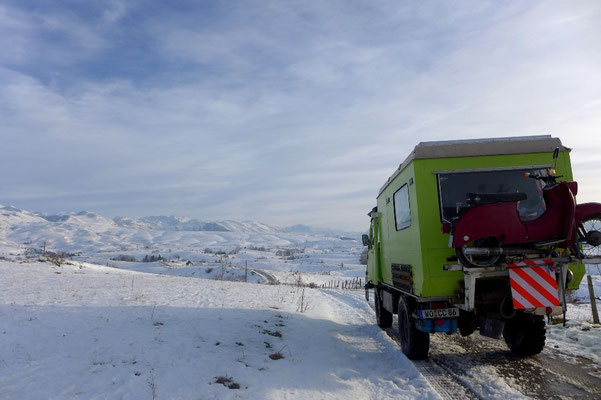 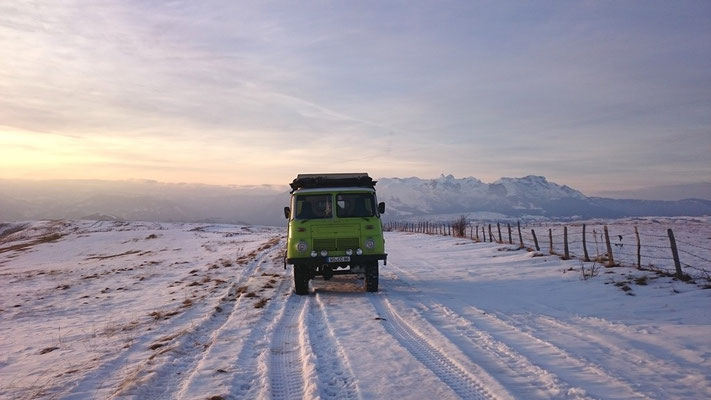 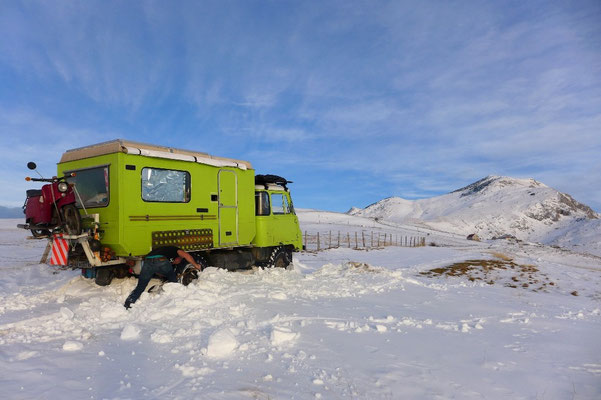 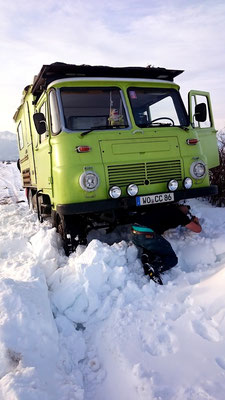 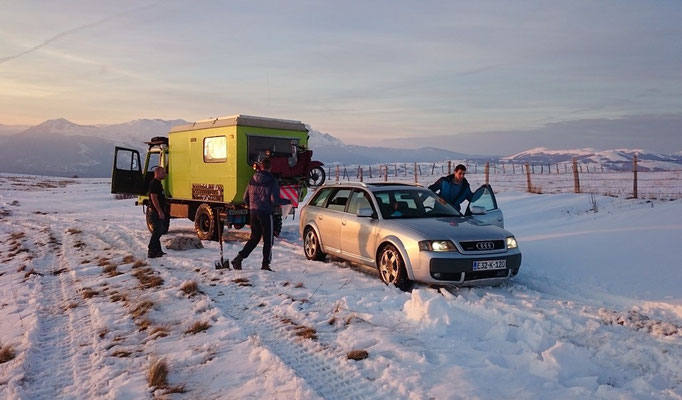 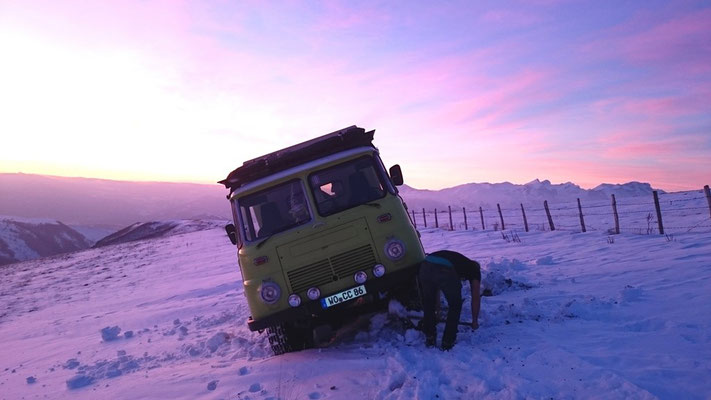 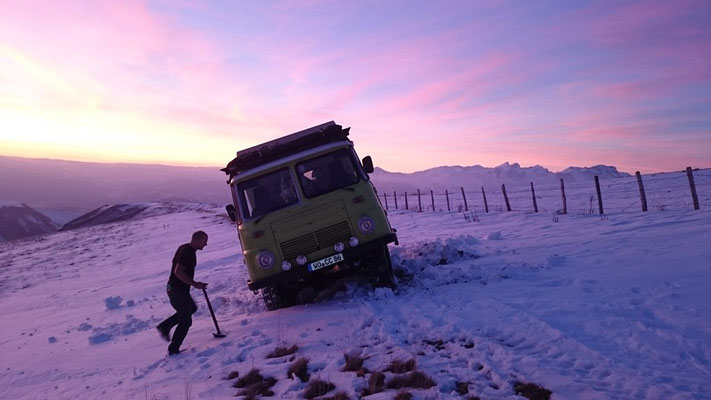 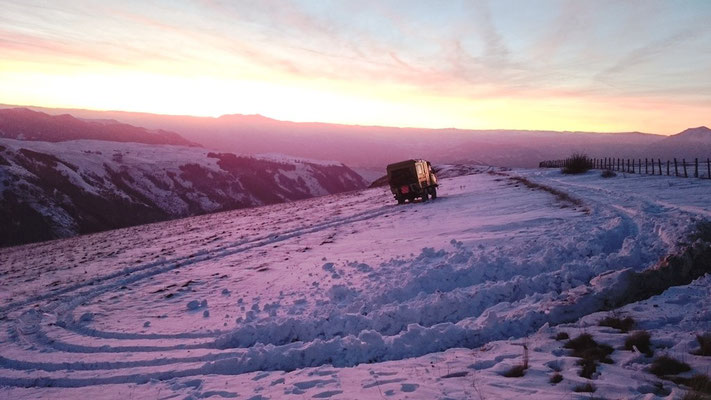 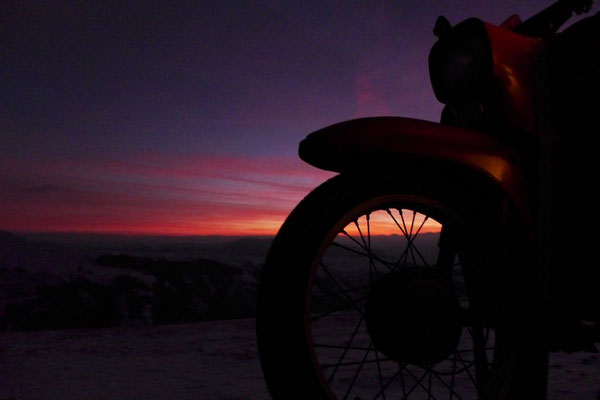 We instead decided to pass the drifts on the side and head on for about 500m to the next hut. We were expecting a nice, not so windy spot to stay over night. It was half an hour before sunset. So we headed on and I was passing the drifts as I had just learned until another one obviously too deep cought us again. This time not only stuck but sliding down the hill on the side. So here we go again shoveling!

Another half an hour later I was having a beer watching the last glimpse of the sunset on this beatiful spot. The view was too stunning to head on right away. So we stayed the night.

Obviously while having the truck stuck, I didn’t have an eye for the view and the landscape. After all I do not want to miss this 5 ½ ton baby of 4 whell drive truck. I would have never made it that far without it.