I do not know how many passions I have but cycling do passionately not like! However, for a short trip with the guys I'm always in. So we flew to Alaska to ride the legendary Dalton Highway.

Actually, the story began a little earlier. In 2014 we already wanted to do the Friendship Highway from Lhasa to Kathmandu. However, a cruciate ligament injury forced us to delay the trip. The next attempt in 2015 failed because of the visa for Tibet. It is currently virtually impossible to ride the tour without a guide. Our Plan B was called Annapurna Round. Singletrack, carrying sections and a pretty long climb. After the earthquake of April  we had to find a plan C.

Alaska!?! Why not? It is not so hot! Getting there directly from Frankfurt to Anchorage was easy. After 1 day stopover in Anchorage we then flew to Prudhoe Bay with another stopover in Fairbanks.

So about 56 hours after departure in Frankfurt we were in Prudhoe Bay Airport with 5 bicycles, luggage of 120kg and 1470km ahead. For those who would now start googling: Prudhoe Bay is a camp with no residents. It is created house workers for the oil rigs at the northernmost point of the United States and to provide them everything necessary. This point is either the end or start for many traveling the Panamericana. It reminds me of a camp in the Saudi desert where I was in the spring for work. Container housing for the workforce, a tiny store, plenty of shops and a gas station. All in all not a holiday region! After a few nice encounters we ended up in one of the camps. By chance in one of the best burger restaurants Alaska - our opinion! At 7 pm we finally made it out of town. Amazingly we managed to ride 40 kilometers set up our tent.

Thank you Susie! The wonderful laminated tips for dealing with bears were great! On the plane already our were going nut when we discovered that there are no trees... North of the tree line it is a kind of hard to put up meals unreachable for bears. It usually took us quite a while to find the right spot for hiding our supplies. But a grizzly looks pretty fluffy when you get close how we could find a few days later ...

It took us 5 days from Prudhoe Bay to Coldfoot Camp. The last station for the truckers before taking the nearly 400km long trip to the northern end of the Dalton Highway. For us, time to rest a day. From Anchorage we have sent a box withe groceries to this place since there is nothing to buy on the way. This has already worked on our trip to Iceland. So we can be on the road without front panniers or even a trailer.

The next few days were marked by good company, a lot of altimeters and at least 35 ° C. Yeah .... It's not so hot there!?!. Thanks Jos for your patience with us! Jos do it !!! After another almost 400km we finally made it back to civilization and eventually experienced the supposively biggest festival of Alaska. The Food stack festival in Fox. Besides a whole lot of bad beer there were quite a few good bands playing. From there, the next days ride of 20km to Fairbanks was ridiculous. We ended up at Sven's Hostel. A really nice place to camp in Fairbanks.

After another day of rest with Sven we actually had to make a few km. After only 80km bushfires forced us to callit the day. At temperatures well above 30 ° C and low rainfall an area of about 2,500 acres was on fire. It is a quite a strange feeling to walk through a forest that just burned down. The next 480 km we had to complete in 4 days as our departure date was unfortunately fix.

After almost 1500km, 13,000 altimetera and 18 days, we have crossed Alaska from north to south. Thank you guys! I know that I will forget the all the pain until next time !!! 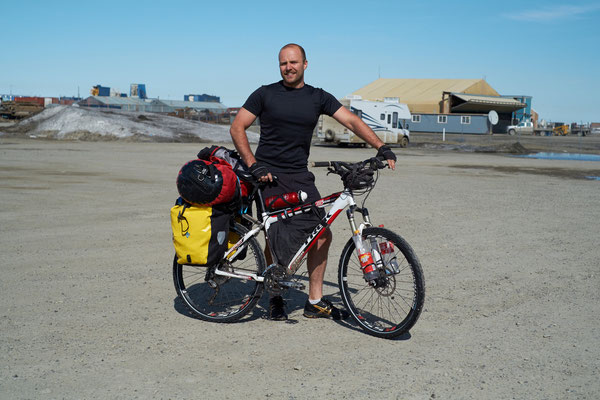 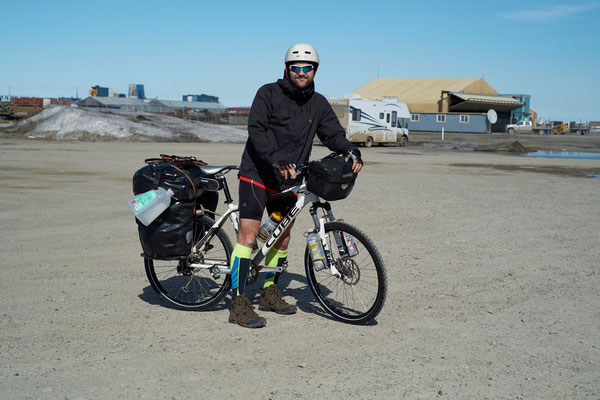 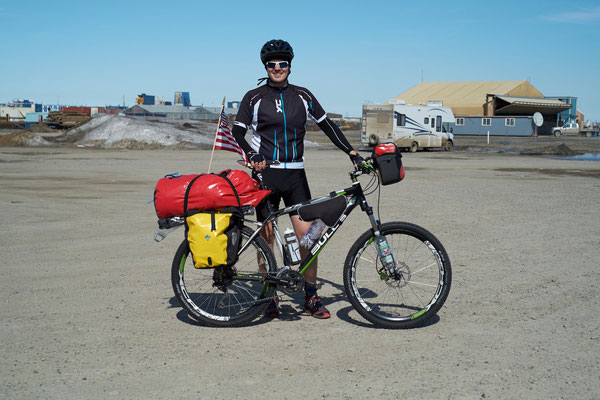 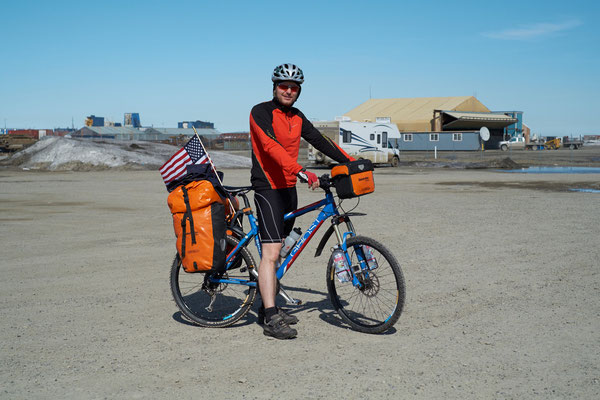 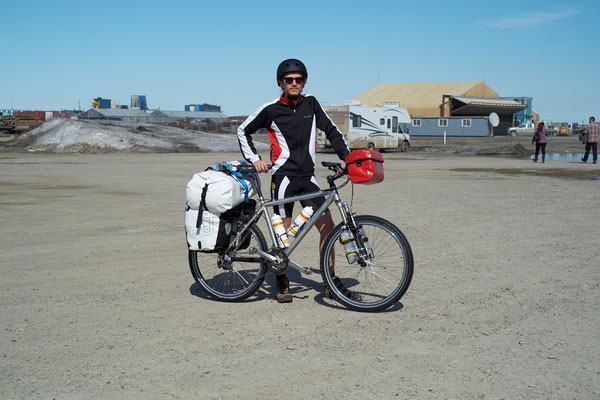 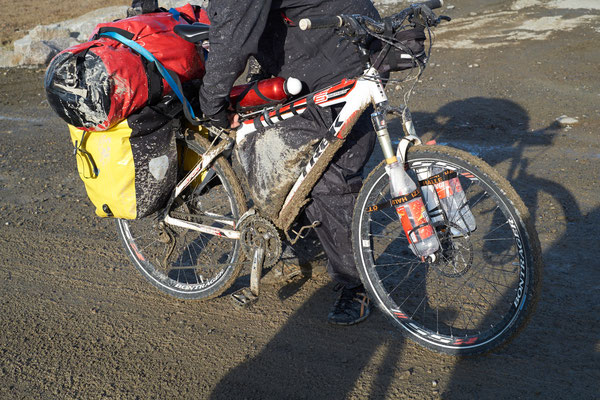 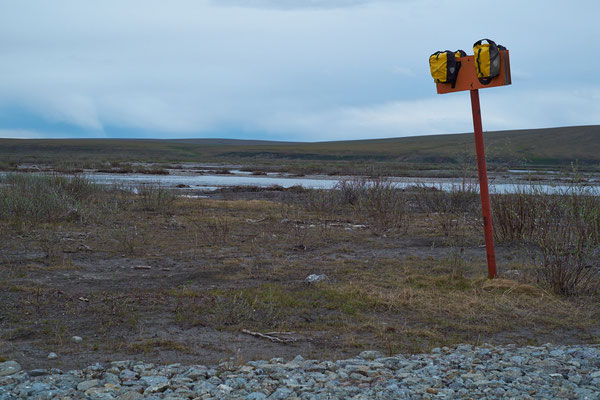 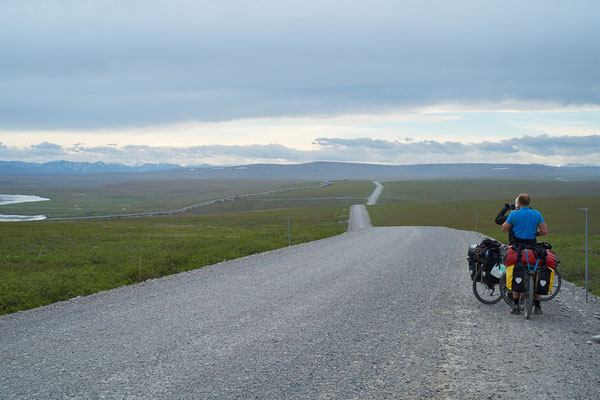 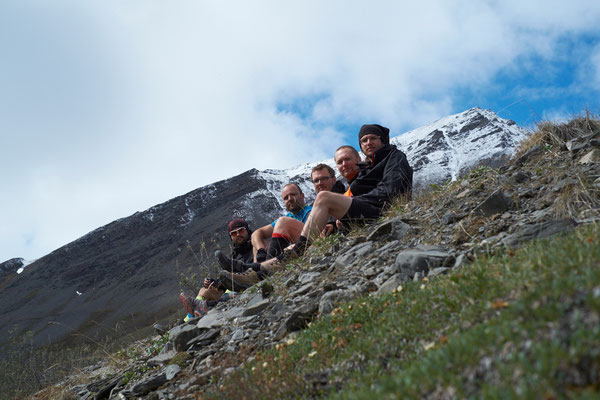 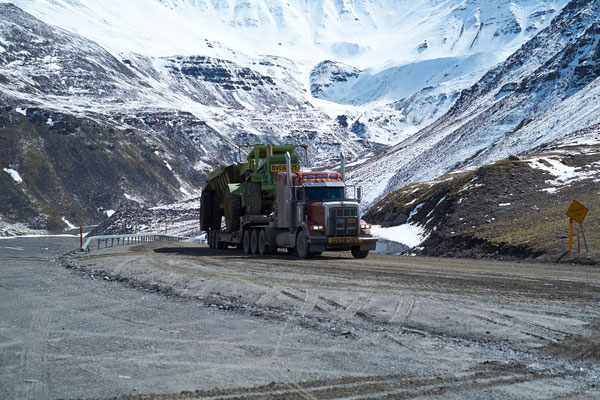 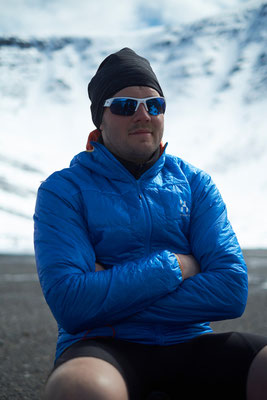 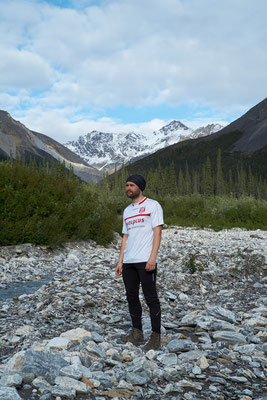 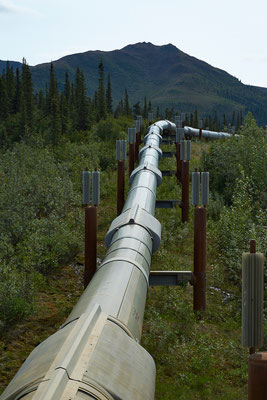 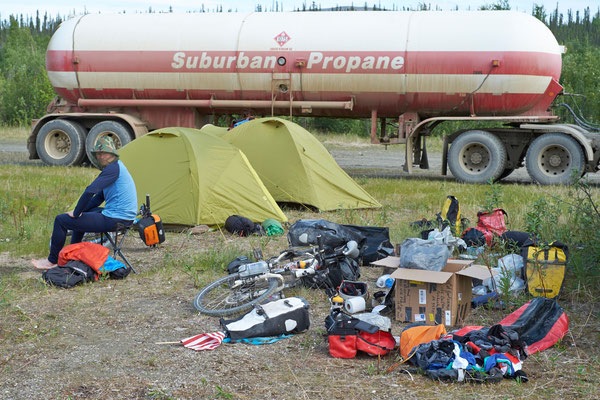 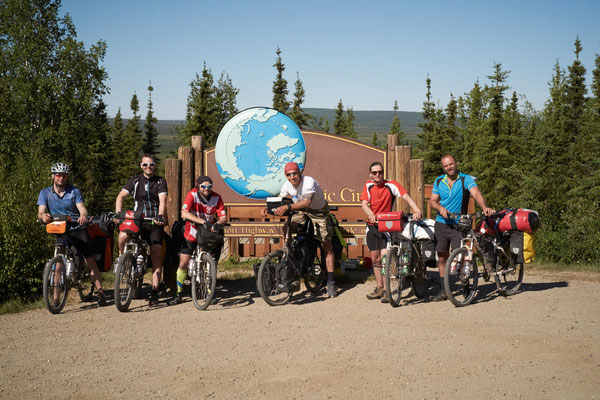 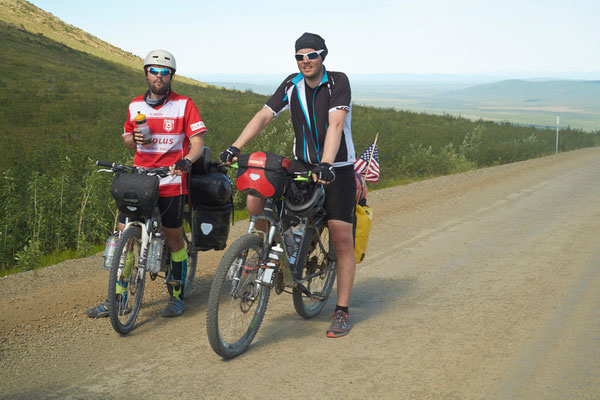 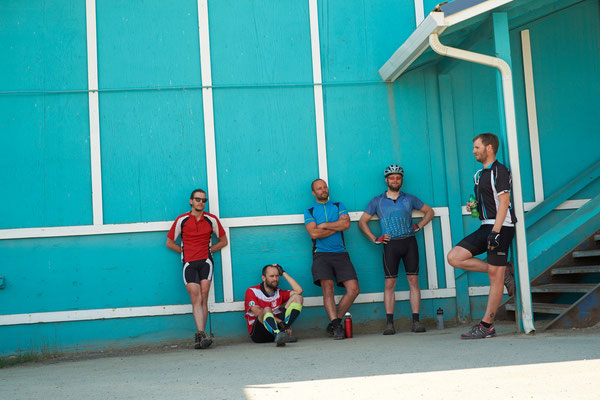 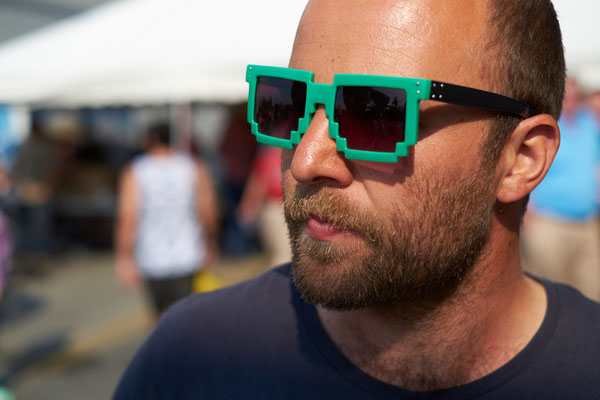 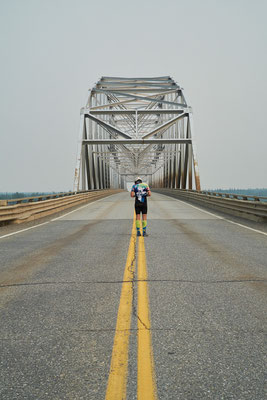 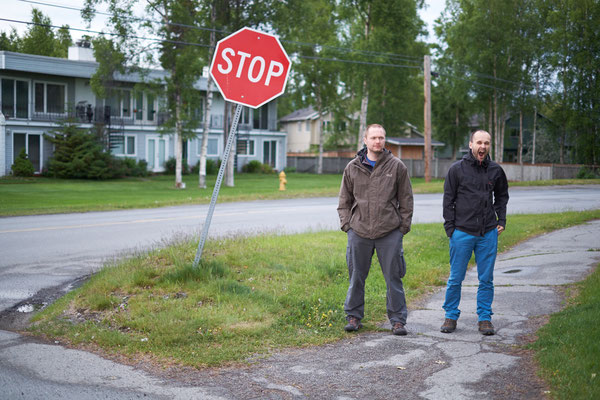 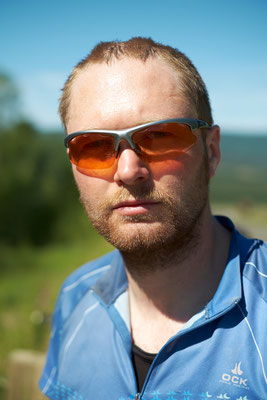